I was waiting by the side entrance of The Blue Tusk when my two of my coworkers came through the door, opting for this place–of the rest of the eateries in and around Armory Square–for lunch. Call it just my luck or call it small world syndrome (city for this matter) that I get caught on this day of all days when I opt not to leave Syracuse for holiday. Of course, they–anyone in this scenario–had to stay for a bit to see who I was meeting. Of course, whether my date was attractive or not–and she was definitely the former–they would give me their two cents and report back to the office. Needless to say, I got the approval.

We didn’t meet conventionally, but it wouldn’t be considered unconventually by any means. In our similar opinions the whole situation was interesting for lack of a better term. Our meeting was started–on my end–by my cousin’s suggestion. After a week of sifting through bullshit, our conversation initiated. She seemed to present herself well, and she seemed to have a good sense of style. Flashing ahead to the present: we enjoyed ourselves, ate lunch, had great conversation, and called it a day after a beginning couple of pints and then an sweet ending with ice cream from Gannon’s Isle. She presented herself well on Thursday, and to sum everything up: she has a great sense of style, a great job, comes from a great family, and she has personality.

Now, it’s time to stop talking about this. It’s because of the self-implicated jinx.

So, Family Dinner was spontaneously held that Thursday night. Mom and I headed over to Boom Boom Mex Mex before the crowd piled in and the line tentacled out the door. It was extremely hot and humid, so one one would be cooking. By the time we left, the line did reach the door. Why cook when you have such delicious Mexican down the road? 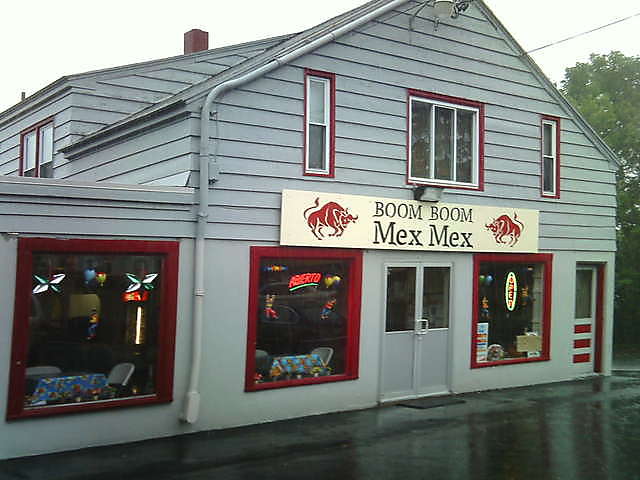 Waiting for my brother and his girlfriend to get to my parents house, I hung out with elusive Lou, who couldn’t get comfortable. The past week was too much for this cat, and he had turned his shed on automatic. He yelled at me a couple times, which emitted as half-assed mews, and he fell over instead of asking to be rubbed. Lou never asks. His piss-and-vinegar attitude is the reason why he would make horrible meat for Asian cuisine. Plus, his meals aside cat food crunchies and patte consist of bird (robin, mourning dove, cardinal, and bluebird), squirrel, chipmunk, moll, voll, and rabbit. Lou is quite the hunter as he is a cuddler. Lou is all about the go big or go home mantra.

Insert another cat-related Solvay joke as well. I’m Tyrolean and my extended family lived in Solvay; ergo, I am allowed to make a joke.

We talked about the upcoming weekend and our plans. My father had a close buddy of his coming in from out of town, and he and his girlfriend were staying over. My brother, his girlfriend, and two others were headed to see Jerry Seinfeld on Friday, but had no plans except going to New Jersey on Sunday for a combined birthday celebration. However, my brother encountered an issue the other day, which prevented his travelling on Sunday. My parents: the same plan for Sunday.

I didn’t tell my parents about my date, nor my plans to travel alone to New Jersey. It would come up eventually, and last minute. Of course, plans change. However, I would not my trip to the Adirondack Mountains be spoiled, and that was the following day.