“Hey, my friend, it seems your eyes are troubled.  Care to share your time with me?…” 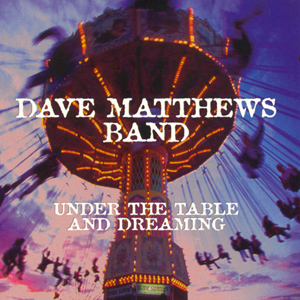 I’m a Dave Matthews Band fan.  You all can applaud or dislike me.  It doesn’t matter to me.  I’ve only seen Dave Matthews in the flesh twice, and both times were at The Saratoga Performing Arts Center.  The first time was a few years ago with the band in tow, minus the late LeRoi Moore (Rest In Peace).  The second time was September 21st of this year, but Dave was only with Tim Reynolds.  The so-called DMB fans must really dislike me due to this fact of my only seeing him twice.  This doesn’t matter to me either.  When you compare myself to my brother, who has seen Dave Matthews play with the rest of his ensemble or just Tim too many times to keep track, save the fact there are others who have seen the performers more than he, it’s funny to see the history.

Funny the way it is… yes, that’s a segue… that since Farm Aid, save a few days in advance and up to present time, “The Best of What’s Around” has been playing quite often in my current chapter of life; blame it on the iPod.  I was a fan when “What Would You Say” hit the radio waves in Syracuse, New York.  I’ve listened to every studio album; however, I have not bought them all.  I am also not afraid to say that I disliked some of the albums.  People, who may be afraid to voice their opinions on music (because they are such fans!), will often say that an album isn’t as good as others, adding on their opinion fact that the album is still good simply because it’s Dave.  I’m not afraid to say that Everyday (2001) and Stand Up (2005) were wastes of time.  Sure there were terrific tracks on the albums, but those tracks alone cannot save the overall feel and emotion of the album.

A pet peeve of mine:  people who say they are Dave Fans.  Sure, his name is the center of attention in the band’s name.  Dave is a great musician and lyricist.  However, he’s played with the same band mates for over 20 fucking years.  It’s easy to hear people say they love Carter, Boyd, Stefan, and the late LeRoi; however, these people still say they are Dave Fans.  Sure, it’s short and to the point; but short and to the point (LOL, LMFAO, BRB, U, G2G) can fall back on you negatively.  (In other words, you’re ignorant.  There is a reason we have words and (some of us have) communication skills.)

Outside, there is a mass mob of Dave Fans with pitchforks and fire.  Someone even spray painted a peace sign on the windshields of my car.

Of course, the big facetious flag is waving above me.  If you haven’t picked up on that, as always, I feel bad for you.  Go LOL with your WoW friends.

My mother was no hair stylist, but she could fashion a mean bowl-cut.  Yes, that’s right.  The reason why my brother and/or I wanted to not have professionals cut our hair is beyond me.  We would play music, and my brother and I would pick our own tunes when it was our turn to get our ears lowered.  God forbid we listen to music that we did not put on.  When Dave Matthews Band came out with Crash (1996), which was my middle school years since the recollection of requesting Too Much at school dances has now popped up, it would not leave my boombox.  Yes, boombox.

However, when Mike had his hairs cut, he would dismiss the DMB album ASAP.  What did he put in?  Montell Jordan’s 1995 release:  This Is How We Do It, boasting the title track release.

Hey, just like the Yankees and Giants (this last and current seasons especially):  I stick things out.

In my opinion, DMB puts out great music.  Their 2012 Away from the World is fantastic and mellow.  The band puts out music you can relax to.  When the opening drums and lyrics to “The Best of What’s Around” comes on, it generates great cognition.  It’s calming.  It’s nostalgic to remember that Friends debuted that same year when the album hit the stores.  The avenues of instead of listening to your stereotyped mom-and-dad’s radio station (with all the current pop hits), K-Rock was blasting through my speakers.  MTV was still MTV and not shit.  Kurt Cobain passed away that year as well.

So, you can dislike me for being a fan of Dave Matthews Band.  Dislike me for not being enough of a fan due to my lack of concerts and saying two of his albums were crappy and definitely not as good/consistent as prior albums.  The new ones, may I reiterate, are great. This guy (me) has been, currently is, and forever will be a lover of music, and the music spans decades and genres.

I’m going to put on some Andrea Bocelli now, and you all can suck it.

Have a nice day.  Peace.

Morning vibes.
Pit stop at one of Whitaker’s favorite “brew houses” in the neighborhood. — The Cracked Bean Roastery
Latest review at Oswego County Business Magazine features Red Sun Fire Roasting Company in Oswego.
When people ask why you’re a little Saucy in the morning.
Ha’Penny is what’s ha’ppening.
Gritty competition — taste versus presentation. My wife gets all the credit.
Sunday morning vibes. It’s gotta be the sauce.
Happy National Dog Day to our little champ, our sweet boy, our Whitaker.
Other people’s pets: Ruby