Waking up to this morning was a black-and-white photograph, but the filter displayed the slightest color in just a certain spot.  Kind of like this: 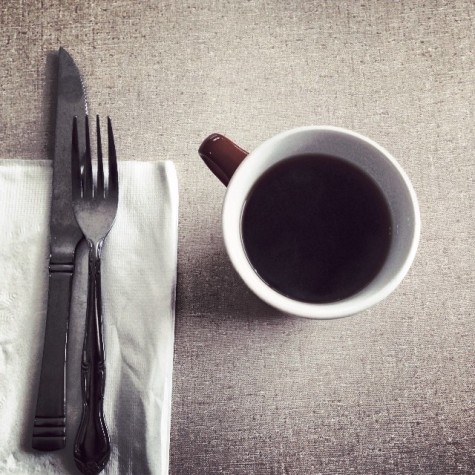 The morning, waking specifically had a weird vibe.  It was filled with regret.  There was nothing to regret, but the morning still bared that tone.  It was one of those mornings where you could have felt hung over, asking yourself what happened last night and/or kicking yourself while vowing to never do that again.  It could have been one of those mornings where you had a guest sleep over with you, and you wake up to find them with the blankets wrapped over their shoulders; the apex of their head peaks out in turtle-like fashion.  Whether or not the first part of this paragraph was involved depends on the person, but the agita bubbling in the stomach did not indicate that extreme of measure.  The person who spent the night–yes, the one who just turned over and threw their arm across your chest–was a conscious decision, whether this decision was a fallback or a contemplation of missing that person (because, let’s face it, old habits die hard).

The morning had that sinking feeling despite that sequence not actually happening.  This was that morning after where you felt disgust for speaking improperly to someone or–let’s say–accidentally punching a baby on account of some freakish happenstance.

(Don’t look at me like that.  I see you glaring, and I know what was said.)

OK, fine.  Instead of slapping a baby on accident isn’t the best example, but maybe you stepped on a dog’s tail or broke something that belonged to your friends or family, or you simply embarrassed yourself in some awkward fashion.

This is the tune of time slowing.  Eureka!  By Jove!  We’ve (I’ve) found it… when I woke up staring at the world (reference to Regina Spektor’s “Oedipus“).  There probably isn’t any regret felt by Oedipus upon the obstructive veil being lifted from his eyes.

Seeing a car roll down the street slowly.  The kid across the street tosses a ball, which is half the size of him, into the air and into the wind; the ball doesn’t return back to the kid, but it slides up a bit and rides gravity back toward the ground.  We kids of this neighborhood never played with such objects when the snow fell; we were all about sledding and building ice ramps, snowmen, and battling snow monsters.  Our rewards included hot cocoa with marshmallows and video games.

What it comes down to is change.  It comes down to resisting and accepting the inevitable.  Some change is minimal, and some–of course–is life changing.  All change can be either self-initiated or you don’t have control over it, like the weather.  Colder temperatures and snowfall came sooner than last year; this is something that my generation growing up in Syracuse is and should be used to.  Everything is going to be OK, but you’ll just have to drive slower.

The closer you come to the window, your breath or air from your nostrils–however you may breathe, including or excluding the listed methods (and if it is excluding, myself and others are curious)–fogs up the window pane.  The hand of cold air, reaching through the window, is connected to a wise guy; the hand either takes two of its fingers and sticks them up your nose and pulls you in closer, or those fingers poke you in both of your eyes.  The latter Three Stooges antic is what causes your eyes to well up; the cold likes to play cruel jokes through slapstick and physical humor.

Maybe it’s not the cold causing your eyes to well up.  I cannot say.

But momentarily you’re not bothered.  The serene landscape, the snow that coats the swaying branches of conifers or falling to the ground is hypnotizing.  You don’t think about not thinking.  You’re mind just shuts off for a moment.  Time is lost.  Worry is forgotten.

You don’t realize this until you raise your mug to take a sip of coffee, because it’s now cold.