Last night The Black Olive in Downtown Syracuse had a four-course dinner deal for couples.  The couple would get a bottle of wine, an appetizer would be split, a soup or salad, the main course, and baklava for dessert.  The two actual couples were Dan and Christina, Dave and Jennifer.  The sausage fest along with the group was made up of John, brothers Zach and Josh, and yours truly; we split up into pairs so we could get the deal.

This was the first time food was enjoyed at The Black Olive in a long time.  The Mediterranean restaurant has always come across as a date-required restaurant to me, and I haven’t been dating much.  Does it have the best food in Syracuse? Not in my opinion.  However, it’s a quality place to go out for a delicious dinner.  The bar area is large and inviting, greeting you when you walk in.

Our server, Alex, was absolutely cordial, he took care of us well.  The Cabernet that we got with dinner, three of the four pairs opted for it, and Dan and Christina went with a white blend.

The dipping sauce that was placed on our table at the beginning was very delicious, and had a nice spicy kick.  Everyone thinks that Pastabilities oil is good… well, you have to taste this for yourself.

The Spanakopita was very tasty, but it came out colder than room temperature/warm.  The temperature of the appetizer made the food not as easy to cut through, but the dish still had a splendid taste.

The steak, which I had ordered medium, was perfect.  The Delmonico had a great season on it, and I through a touch of pepper to liven it up even more.  It didn’t need the pepper, but I didn’t overwhelm it.  The veggies were crispy, but the orzo was too soft for my liking.

Despite a few preferences, the meal was delicious and worth it.  Then the dessert, Baklava, came out.  Sometimes we have the tendency to forget about dessert.  I had room in my stomach for one piece and a quarter of the second, which was washed down with a delicious Greek coffee, but I was stuffed.

The meal and service were fantastic. 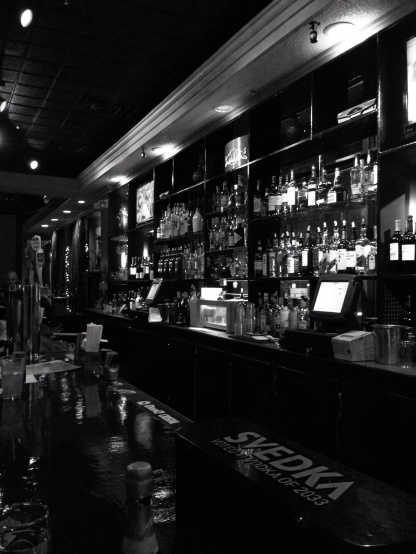 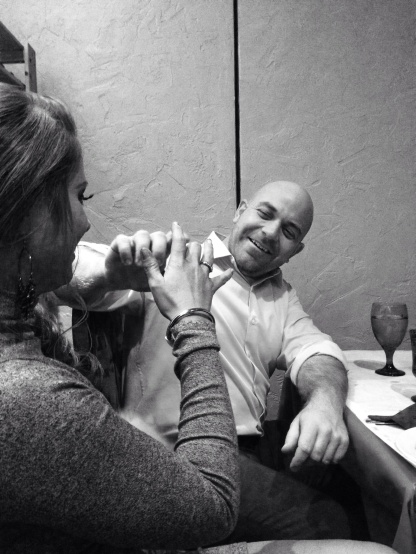 As the night progressed, after dinner when people were coming in, The Black Olive didn’t really feel as inviting.  The quaint, quiet atmosphere didn’t seem to be able to hold the larger capacity of people.  Mayhaps I don’t see this place as a night-out-on-the-town venue?  I don’t see restaurants like Pastabilities as part of the Syracuse late night scene, but drinks were enjoyed there on several occasions after a meal.  Mayhaps I enjoy being in a tighter vicinity?  Not sure.  There was something about the crowd that didn’t fit and sit well with me.

And that’s when anxiety kicked in.

We headed to Al’s Wine and Whiskey Lounge, because it seemed to be the best fit for all of us.

And that’s when depression, which I refer to as IT, showed up with a slew of balloons.

When we got there, before drinks could be ordered, I immediately walked out after mumbling that I wasn’t supposed to be here and stating my decision was to see this through alone.