I took some time to sit on this follow-up, which takes off moments from the previous post, to chronicle the wavering disaster in my head while everything else in reality seemed to be going off without a hitch.  I simply wanted to grab a beer and have some alone time, pretend that I was waiting for friends to arrive, and then–oh, look!–just as my beer has been finished my phone vibrates.

It’s impossible to write your own story.  You have control, free will, over the aspects to your life.  You can be ambitious or you can be lackadaisical.  Either way, whatever is supposed to happen to you will happen to you.  I’m just going to live life this year, just ride it.  If that is a resolution, let it be one, but I’m not making any more.  What I want out of life I know already.  It’s about doing.

“I feel that life is divided into the horrible and the miserable… So you should be thankful that you’re miserable, because that’s very lucky, to be miserable.”

Before the New Year’s venture continues, let’s step back to dinner.

A discussion of film, culture, books were brought up during dinner.  John, I find him intimidating for his role in Downtown Syracuse.  He’s an intelligent business man, and that persona is something great, something I look up to in a person.  Plus, I can get along with anyone who quotes Woody Allen movies.

The discussion progressed as I was about to answer what my favorite movie was.  My reply was that I didn’t really have one, understanding that this was a cop-out answer.  It was brought up by my person that a favorite movie or movies can be determined by genre, but it’s difficult to just pick one.  Zach or Dave asked what movie I normally say is my favorite.  I replied with High Fidelity, and Dave immediately asked me if I read the novel.  I replied, regretfully.  There have been many times where I picked the Nick Hornsby book up and never completed the transaction.  It’s difficult to read a book after you saw the movie, differences aside.

This correlated with the Top 5 lists we were diving into.

My explanation was that the movie/screenplay was well written with dry humor, drama, life tangibility, and a kick-ass soundtrack.  And the continuation of Top 5 continued.  It takes place in Chicago, and this mention fulfilled the practically every-other day–sometimes daily–reminder of the existence of this city and my desire to move there.

John asked the table if we make lists.  I replied that I do not.  Chaos Theory, which stars Ryan Reynolds and Emily Mortimer and Stuart Townsend, ran through my head.  It’s an underrated movie in my opinion, and everyone should give it a shot.  I watched this movie with my parents t the other night, which was after watching Punch Drunk Love with Adam Sandler.  I didn’t tell my gene donors that this movie came from the mind of Paul Thomas Anderson, because they weren’t too big on The Master.   Aside the digression, a vow was made to create more lists.

Organization is something that needs to be taken care of.  There are some non-essential life aspects that should be figured out before progressing.  Let’s list them out.

No.  I’m not talking about now.

The pressing question is:  Why did I leave?

My mind was not focused on what The Black Olive night life had to offer, but we all agreed to leave and head to Al’s.  For once, my shit-for-brains gut (High Fidelity reference) told me that this night wasn’t going to end the way I’d like to.  Nothing really goes according to plan, however.

I ran into the always accepting bocce friends:  Jim and Hammer and Hammer’s better half, Silver.  Yes, that’s her name.  It’s a cool name.  Yes, both of the guys are named Jim. I wanted to confuse you, but that was reneged.  Life interfered with bocce this year, which caused me to lose out as Hammer’s partner in crime.  This was my own fault, because overbooking life is a dumb idea.  I cut out early for improv classes, and my trip to New Orleans coincided with the bocce final tournament.

We are that serious about bocce ball.  However, my getting overly confident and failed.

The bouncers at Al’s were friendly, but overly friendly to the point where they were talking over each other, explaining what the venue had to offer that night.  Our individual focus bounced back and forth as if we were at an intense tennis match.  We made it past the gatekeepers, avoiding questions about African Swallows. 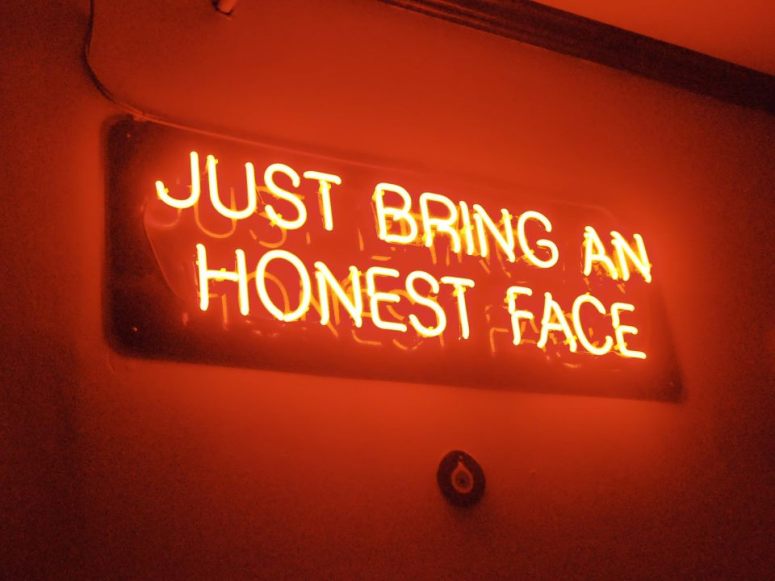 My flight, the reasoning for leaving isn’t exactly simple.  Each morning has been a difficult one, and my waking up has been a poor progression of gradually waking up later and later each day.  When I was once waking up at 7 A.M., my crawling out of bed occurs around 8:30 A.M. now.  It’s takes convincing after hitting the snooze button more times than one should be allowed.  If I was waking up at that lucky number of a time and snoozes last for nine minutes on a clock radio… you do the math, because I’m terrible at it.

The weather, temperature could be partially to blame.  Looking out into a dismal gray morning isn’t too motivational.  Stepping onto a cold floor is displeasing since you want that morning coffee or tea to give you a jolt.

I clutch the sheets and try to pull them over my head.

I’m having a difficult time with the unemployment thing.  The last time I had to go on it for lack of work was after Loretto downsized its staff.  My ex, Sarah, stuck with me that whole ride and it was unpleasant.  We were at her parents cabin, and I spontaneously broke down numerous times; another moment was right before we went on a hike.  Unemployment drains my soul and confidence, and this is probably the hump that I have to get over.  It’s not like I’m biding my time with doing things, but the fact of the matter still lingers.

With my confidence cracking, the break stems off into other areas.

I love it, living in Syracuse.

Yet, I’m feeling out of place.

There is a constant feeling of being worthless.  It seems there is a pathetic aura around me.  There is no attraction.  There is no interest that any business or person has in me.  Experience in writing, business, public speaking, politics, communication currently seems worthless.  I’ve got experience, but not the experience experience that a “big” company is looking for.  There was interest in going back to school, but I don’t want to pigeonhole myself into a Masters program just for public relations, marketing, or communication; they all tie in together and those employers would have the audacity to nit pick at particulars.  I do improv and have traveled worldwide and in the nation, and these all offer so many aspects to personal development and education… yet, no one seems to acknowledge it.

I’ve been feeling out of place in conversations.

Friendships and romantic relationships were lost.  I’ve ended and walked away from relationships that shouldn’t have been ended this year, and there is no crawling back, because the excuses given:  (a) I needed more time, (b) I wasn’t used to the attention these women gave me, and (c) I’m simply a guy with really dumb moments.  And since I don’t have a settled job, I feel worthless and unappealing, ugly, and downright awkward when it comes to dating.  I shut my mouth after saying what simply has to be said to that girl behind the counter.  That girl giving me the time of day, by making conversation.

Although, several new connections were made this past year.  However, I don’t feel up to par with any of them.  I’m not on anyone’s level.  I get them, but I don’t get them; ergo, they probably don’t get me.  My awkwardness prevails again, and I don’t feel like I am getting through.  In the car, the radio will be shut off so I can hear myself refer to myself as a fucking idiot because I simply feel that way, regretting that I even opened my mouth. A moment of actual success sometimes goes unnoticed.

It was as if life flashed before my eyes in those few minutes spent at Al’s.  All that nonsense just written and admitted… zoom.  So it was said this couldn’t be done, and out the door I went.

Now you all know I’m human and not some soulless robot from the Near Death Star.

I left Al’s.  The cold temperature persuaded me to seek refuge as soon as possible.  I wasn’t desperate for Syracuse Suds, and there wasn’t a chance that my money would be spent at Bar.  Passing Small Plates, which recently received it’s second strike tally with me, was never even considered.