“Has everyone had the chance to meet Chris?” was the question uttered at the meeting. It can mean only one thing.

It’s a part time job, but it’s a new job. It’s a new office, which has new coworkers. The area focused upon is in a new part of “town,” but headquarters is located in another county (which is a first, or … “new”). Instead of having to go east, similarly for past jobs, I travel west. Instead of drastically changing a niche (another “new” thing), I’m sticking with/to the same type of profession.

The job entails taking on more assignments, which means sacrifices have to be made: keep freelancing in check and actually say “no, thank you” to more complex assignments. Instead of having twice-weekly installments to my The Inevitable Coffee Ring blog with the Syracuse New Times, I’ll only be contributing once and on Tuesdays. Considering hitting print is foreseeable, it seems appropriate. After speaking with my confidant, Ty, he says it’s probably best. My stubbornness helped me narrow my eyes, but I came around to the idea after about 10 seconds of panic and rapid, deep breathing.

Face it. It’s easy to get comfortable with life. For the past year, I got comfortable with not getting paid for work and contributions. The job before that, my interacting and helping people with my state job clouded over the fact that I was involved in politics. The job before that: four years of helping the elderly have their services covered while they stay (long term and short term) in a nursing home. And those health care years have bottle redemption center retail (two years) and science museum woven in. From 2006 to 2009, I was finishing up my 10-year tenure before opting to volunteer for special events.

And now most of my time will be spent with the staffs of The Auburn Citizen and Skaneateles Journal. I’m writing for the latter. I’m three days in, and I already really enjoy it. I’ve pitched a handful of story ideas, my editor and supervisor and his supervisor seem to enjoy them. The new digs are comfortable, but I’m obviously shy with the coworkers. I don’t want to jump into the office with too much excitement or let out too much information about me. They’ll have to cope with my daily snacking habits, which seems to be a day-long graze. The severe awkwardness hasn’t made too much of an appearance.

In terms of the actual job and other projects, I’ll be working a lot. My mind will be running more frequently, maybe to the point of insanity … but considering such nonsense is maddening. It’s easy to disagree with the workaholic mindset or consideration. The plus: being cognizant of listening and observation skills.

Having a bit of an actual schedule is a perk, too, and so is wandering around the beautiful Finger Lakes region. 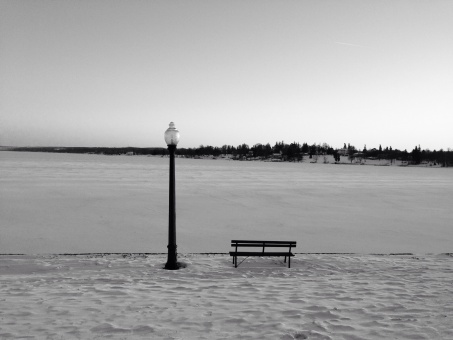 I’m writing this while watching In Bruges. Yes, we all know that I love the movie, but McDonagh’s filming and focus on the architecture and culture is inspiring. Last winter, I was planning on wanting to go on a trip in 2014. The trip would include Amsterdam, Bruges and Brussels, and Paris. I think I’ve written about it before; I’m pretty sure that I have. Culture, history, education and the potential to learn something of value (and not online) gets me emotional. Seriously, holding breath and teary-eyed me is a sap for it. Even going to a new city or village in this state is intriguing to me. It’s too big of a world to be reclusive.

What the hell was Salinger thinking?

It’s probably selfish of me to say this, but if the writing thing progresses to an extraordinary degree, if writing takes me across the United States or abroad, there may night not be an option to settle down. It defeats the whole purpose of wanting  and hoping to fall in madly in love.

In the last month or so, I had one potential tell me she liked me and she wanted to date me. Being in this odd state of indecision and unemployment and feeling at a total loss, I said that I couldn’t. She said that state didn’t bother her, and that’s kind of her to say, but how can I dive into something not feeling comfortable or settled when my professional life is in complete disarray? The contact has diminished between the two of us, but I can’t keep popping up, asking to hang out as friends and risk leading her on.

Another, who clearly wanted to be friends — save a couple wavering instances of uncertainty — returned, dropping notions of (let’s say) “liking me” in the matter of a few weeks. This was after her bringing up and weaving in our simple “just being friends” stance.

The comfort and certainty is still not there.

This whole traveling and family cannot be solved with a simple flip of a coin. And it’s obvious that falling in love (or wanting to) is bound to come up again. Mental washing doesn’t work, as we have learned in Eternal Sunshine of the Spotless Mind. It’s something that can be turned off … well, unless you opt for a lobotomy. There is always that first glance, however …

After all, didn’t Darwin say — in short — that an organism or member of a species has succeeded when it has procreated?

Social Darwinism, the other concept, focuses on the career side of things.

We can control “doing” and pushing ourselves to succeed. We can’t control falling in love. It’s easy to say “you can’t have both” or “it’s best to settle for a comfortable middle.” However, the challenge lies with making both work as best as possible.

This is going to be a fun, busy year.

Similar to the ending of In Bruges … the resolve is unclear.

9 thoughts on “A Tale of Two Darwinisms”